types of phone service - what you need to know

Three Reasons To Get Those Minor Smartphone Problems Fixed Now

If you have a smartphone that has a few minor things wrong with it, like a cracked screen or a function that won't work properly, but they don't really stop you from using the phone, you might think it's OK to just let the phone stay that way. You can still use it, and the model will likely be out of date and replaced by newer technology soon, right? Turns out, you should still get the phone repaired now. If you don't, you could end up in a worse situation with a potentially bricked phone.

Avoid Moisture Getting Inside

If you have issues like some small screen cracks or a loose connection by the camera lens, for example, you could end up letting moisture get into your phone, especially if you don't use a hands-free kit and do hold the phone up to your head when you sweat. That can cause the phone's screen graphics to end up looking streaky and possibly prevent you from using the . Repairing a cracked screen is one of the more common smartphone repairs, and you should be able to find reasonably priced repair close to you.

Seemingly minor problems like dead or stuck pixels can end up spreading if you don't get the original trouble spot fixed. For example, sometimes stuck pixels (when pixels do not turn on or off as they're supposed to) can lead to more pixels being stuck if you press the screen in the wrong place. Given that smartphones are touchscreen-based, that's actually a huge problem, because you don't want to spread a problem when you go to use your phone's screen in a normal way.

Fixing any issues with the software, , or other controlling components that you reduce the chances of software updates causing your phone to simply die. While this sounds a bit severe, it's happened before; for example, in February 2016, Digital Trends reported that iPhone users who updated to iOS 9 on a phone with a damaged Touch ID home button ended up getting an error known as "error 53," which caused their phones to up and become useless. At the heart of the problem was a factory test that went astray, but it still affected many users. Had the home buttons been working correctly, the error may not have become so widespread.

If you want to repair some minor problems with your smartphone, find an authorized service center who can fix the problem quickly. Smartphones have been around long enough that many repairs are now second nature to the repair techs, and your phone should be soon. To find out more information, speak with a company like MiPhone Doctor of Fort Worth. 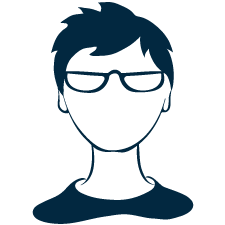 There are different types of phone services available these days. I had no idea that there were so many options until about a year ago when I chose to upgrade the phone system in my office. That is when I began digging to find as much information about each type of phone service as I could. I had to go to several different websites, make multiple phone calls and inquire at different electronic supply stores before I had enough information to make an educated decision about what would be best for my business. You have it a little easier than I did because you can find all of that information on my one website.